Analysis
The small Adriatic state and EU candidate Montenegro is at a historic crossroads after Sunday's parliamentary elections. After 30 years of permanent rule by Milo Đukanović and his DPS, a change of power is possible for the first time.
By Simon Ilse

How the State of Emergency impacted the Independent Cultural and Artistic Scene in Serbia: A Report

Report
The art and culture scene in Serbia is an important part of the cultural sector, which is predominantly precariously organized. That is why it is crucial to acknowledge the situation the scene found itself in and to understand the reasons of its particular actions, which are aimed at fighting for more safe and stable working and living environments.
By Vida Knežević

They talk about that time, about the summer of 1995, when they were children, when they had to pack their toys hastily in order to get themselves into safety from the Serbian troops. The attacks, the fears – the world seemed to stand still for them then. They talk about how it felt at that time when the then so-called UN safe area no longer provided any protection. How it felt when the hopes to get protection from the internationals from the hatred of the advancing Serbs, dissolved into thin air. At that time, when the international community folded in face of the violence overrunning the whole of Bosnia since 1992 and ultimately culminating in Srebrenica. At some point, as reported by one of the survivors, she understood that she did not have a father anymore.

“I want this state to succeed first”

Interview
Simon Ilse, head of our office, talks with the future Prime Minister of Kosovo, Albin Kurti, about his future government’s priorities, the dialogue with Serbia, his green agenda, and addresses the issue of ethnicity vs nationality in the Balkans.
By Simon Ilse

Nationalization is not the Solution for a Globalized World

Brazil has fallen, who will be next? Authoritarian populism is rattling the Western World, whose liberalism had hitherto appeared unassailable. Michael Zürn, one of the directors of the Berlin Social Science Center, held a lecture in Belgrade on the reasons behind the success of the new Right. Here is an interview with him for NIN Weekly, published on November 8 2018, by Marko Lovric.

Protestantism, modernization and our time

As part of a series of events marking the 500th anniversary of the Protestant Reformation, Dr Andreas Poltermann held a lecture entitled "Protestantism - or: Modernization of the World", on June 13th 2017 in Belgrade.
By Tamara Skrozza

The Public and Private Spheres in Times of the Social Media

To what extent should the private sphere limit the public one and vice versa – that was a subject of debate since the beginning of modern civil society in the 18th century, one that came to very much differing answers, historically speaking.
By Andreas Poltermann

Due to computerization and automatization, knowledge-based capitalism creates societal wealth with less work. Two fundamental questions arise from this: if the society is producing more wealth with less work, how can it then render every individual’s income dependent of the workload delivered by that individual? And further, how the economic problem, namely that, under the given circumstances, exclusion of labor leads to the decrease of the means of payment brought in circulation (salaries) and thus to the decrease of solvent demands.
By Andreas Poltermann

Education for a Knowledge-Based Society? A Concept Must be Rethought

It is said that knowledge, besides capital, will become an increasingly significant production factor of the modern society.
By Andreas Poltermann

Rarely, if ever, has a genocide been as normalized as the genocide against the Bosniaks. It is a process which began simultaneously with the genocide itself—not only with the expansive cover-up campaign of its perpetrators, but with the rhetorical onslaught of minimization undertaken by the international community. 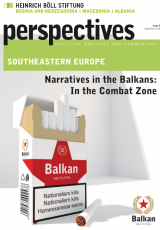 Narratives in the Balkans - In the Combat Zone #6

Open confrontations in the post-Yugoslav wars gave the advocates of ethno-nationalist ideologies (and their users) plenty of experiences or "proof" which "confirmed" all previous fears and concerns: "they" (another ethnic collective) are "out to get us". The wartime period, as well as post-war years,  have been featured by spreading narratives which concretizes the abstract and empty ideology of ethnicity. 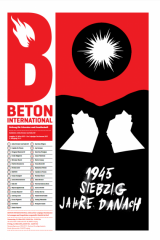 Seventy years after the end of World War II and the historical defeat of fascism, what is the state of “the heritage of antifascism“ in Europe? 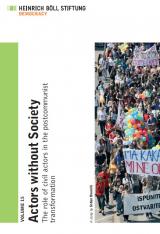 Twenty years after the epoch-making change in 1989, which affected the post-Yugoslavian space in a way entirely different from other former “real-socialist” European countries, this study is an effort toward an analytical view on the past two decades of development of civil society in the western Balkans. 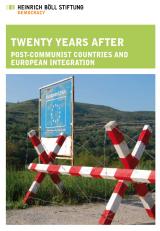 In the words of the Polish journalist and dissident, Adam Michnik, 1989 was Europe’s annus mirabilis. The peaceful revolution of that year was a miracle effected by the people in central and eastern Europe. Hardly any one (and certainly no western head of state or politician) had foreseen that a popular movement active in different countries would, in just a few months, topple socialist regimes and force the mighty Soviet Union to retreat behind the borders of Russia.