Drawing on Lefebvre and Foucault, space was reaffirmed within the fields of social sciences and humanities. It became clear that it is not possible to ignore the spatial aspect when analyzing modes of production, social relations, hierarchies, inequalities and conflicts. Within what was considered as the spatial turn, the understanding of space shifted from given to produced, implying the impact that space has in the modeling and transforming of social life and power relations. Keeping also in mind Edward Soja’s notion of the socio-spatial dialectics, it seems inevitable to include space into considerations of radical economic, political and social change, not only as the mere framework, but as the potent actor and important resource of that change.

Capitalist Production of the City

However fragmented, incoherent and chaotic the contemporary city might seem, its different forms of temporal and spatial organization are mutually compatible and in line with the dominant power relations and modes of production. Observed from the perspective of socio-spatial dialectics, the mechanisms of establishing and maintaining such spatial configurations are highly dependent on capital and are employed to support the development and reproduction of capitalistic production relations – spatial classifications and hierarchization are (re)produced to secure spatial framework for further expansion and accumulation of capital. We can, as well, talk about mechanisms of social normalization, not limited only to the impact of the legislative framework, but established also through the creation of new spatial relations which are further shaping the production relations and behavioral modes that could be repeatable, predictable and subjected to the interest of capital, rather than the needs of the city inhabitants.

Having the constant economic growth as an imperative, entrepreneurship in city management, commodification and privatization of urban spaces, as well as socio-spatial polarization are all marking what we could refer to as neoliberal forms of urbanization. Space commodification necessarily leads to the speculation as the basic motive of new construction projects and city development planning. A number of spaces offering various social services, as well as common spaces, are being enclosed as potential locations for the lucrative construction investments instead of being utilized for increasing the quality of life and promoting the development of the community. Such direction of urban development is inevitably followed by social stratification, making the social expenses of this neo-liberalization process most visible in the lack of affordable housing and in reduced social and public services.

The principle of treating the space as potential or real investment, rather that the basic right to a decent shelter or public space—from the sales of municipal flats in the time of Margaret Thatcher and the strategy of full privatization of the housing stock, to the policy of re-purchasing socially owned apartments in post-socialist Yugoslavia, or privatization of vast areas of land and accompanying built structures of existing industrial or other publicly owned complexes—endangers not only the reproduction of everyday city life but also the bare life itself due to the extraction of rent for privatized ‘public’ space and housing.

The economic crisis of 2008 additionally contributed to these effects. Austerity measures that followed were aiming to reduce the deficits in public spending through reduction of public costs (expenses for local administration, scale of public sector and reconfiguration of social services), lowering the labor cost and furthering privatization. The crisis brought additional risky, speculative ventures within cities, placing buildings—and even whole blocks—out of use even before they were completed. This resulted in a great number of abandoned and empty spaces. Against this backdrop, in the context of the crisis, many local communities and a great number of individuals witnessed the reduction of their spatial and economic resources, and even the loss of the “roofs over their heads.” Therefore, the tension between increasing needs for space on one hand and unused spatial resources on the other was only one of the issues that the concept and practice of spatial commons will bring into focus.

The approaches including new ways of space management and use are continually emerging worldwide. Those practices, on one side, are criticizing the mechanisms of neoliberal urbanization and their consequences, while on the other opening the wider social discussion about possible alternatives. These are considered participative approaches, social infrastructures, self-managed spaces, bottom-up or grassroots practices – all under the unified concept of urban or spatial commons.

A lot of individuals and communities initiated different actions based on the principles of common use and self-management of spatial resources, motivated to address and satisfy their needs without the support from the state or local government and, at the same time, outside market conditions. Such struggles for alternative forms of social reproduction, coming from the resistance to the neoliberal urban policies and space production, are the ones that bring innovation. Still, they often exist as temporary and contradictory collective movements aimed at opening and organizing new political horizons. Such practices enabled, at least to a certain extent, the transfer of resource management to a strictly local level (the level of community and not the local government) for individuals and communities to actively participate in defining solutions for specific problems and, at the same time, to establish individual and communal responsibility in organizing their own services and spaces. The engagement of non-institutional and non-profitable actors in restructuring and self-management of the common spaces transferred the participation principle to a higher level – instead of only expressing agreement or disagreement with certain planned development projects, communities take over the initiative and they themselves become the “investors.”

In some cases, such practices succeed in introducing certain structural changes in their surroundings, while some remain only fragments of experience useful as educational (positive or negative) examples for some future initiatives. They include prevention of additional enclosure of existing spatial resources (through preventing the appropriation of public spaces), putting to use unused spatial resources (abandoned buildings and complexes) or providing new common spatial resources (such as co-housing). Their realization thus refers to the whole spectrum of urban functions – from cultural and artistic activities to different social enterprises or housing. Although the question of ownership is not always solved in the same way (it can be public, private or common), the way community members organize, manage the resource and use it, is what primarily defines these practices as urban commons. Most of these existing practices recognize as their long-term goal the implementation of these governing and use principles in whole neighborhoods and even wider, demonstrating in that way their own right to the city.

However, these processes are often burdened with challenges and contradictions. Such practices could represent emancipatory attempts of enabling the long-term radical social change, but can often be co-opted as well, thus accepting the responsibilities of the state (or what is left of the welfare-state) and costs of self-reproduction, or are transformed into new mechanisms of profit production. By no means does this imply that such practices should not be supported and experimented with. Rather, it means that it is necessary to always keep the (self-)critical (or, one could even use the provocative, but insightful notions of ‘heresy’ or ‘auto-immunity’) position in analyzing and understanding various aspects of commoning experiences, in order to guard their political potentiality.

It is important here to consider the difference between public spatial resources and spatial commons, as well as their contextualized manifestations within neoliberal capitalism. Public space is, nominally, accessible to everyone and is non-exclusive. Still, having in mind that it is owned by the state, it is at the same time the space shaped by political power carried out by that state (which is never in fact a neutral ground), and thus in close and reciprocal connection with capital. It is often appropriated, enclosed, subordinated to market rules, available for use only to certain social groups (whether by explicit means such as “anti-homeless spikes,” or implicitly, through urban zoning and spatial segregation of city residents). Additionally, neoliberal policy and austerity measures of reducing public costs also affect the creation of new and revitalization of existing public spaces. In such a situation, public spaces and public commodities do not necessarily reflect the common interest.

On the other side, common space is not inherently available to everyone – it is not public. It belongs to a certain community, a defined group of people, no matter how large, diverse or inclusive that group might be (communities are not per se egalitarian, nor open or easily accessible). As the community regulates the principles of governance over a certain resource, it can make it available to all – make it public. In that sense, practices based on the principles of commons usually imply the assumption of non-exclusivity, common production, access to use and self-management of the resources – in the context of the dominant capitalistic production mode, commonly produced spatial resources enable the relations and distribution without market influence, thus including and enabling the availability to a wider range of (often unprivileged) social groups.

Under the conditions of capitalist appropriation of public space, we can talk about the space that becomes common through the political activity contrary to enclosed publicity of the public space (space that practically isn’t available to everyone, nor is are decisions about its shaping and maintenance made through the participative process). Common space, thus, represents inherently political space which is shaped and managed through participation, leaving it open for differences and conflict. While private and, increasingly often, public spaces are used for particular interests (whether by the individual or the ‘elite’), common space is being shaped and is shaping what we could call common interest, although this common interest is undoubtedly an unstable and contested notion. In addition, the battle for the re-appropriation and democratization of public spaces is also the constant struggle for the common interest. Besides, urban practices based on the commons logic necessarily also transform the social relations, so they not only produce or distribute certain resources, but also create different modes of sociability – modes of the common life.

Practices marked as urban commons are often leading to historically contingent and ambivalent results – “privatization of commons,” commodification or co-optation of the commons. In cases when commons are being enclosed by a certain community in a way that this community wants to keep the resource within its own control and limits, one could talk about “collective private” spaces. Similarly, there are examples in which the common production of space is in fact just a phase in the building of a resource – while during the process all the principles of commons are present (along with their benefits), it ends with a transformation of resources into a private ownership with the possibility of including the resource in the real estate market. Finally, numerous examples of common spaces to which different public functions are being assigned (such as culture and arts) could be considered one of the constitutive inconsistencies of capitalism – uncommodified resources that allow social reproduction in the interest of capital. In addition, some common spaces produce gentrified neighborhoods, supporting “urban renewal” strategies, accompanied by gradual limitations of accessibility for all members of the local community.

These examples, on the one hand, corrupt the concept of the commons and decrease its political and transformative potential. On the other hand, however, they remind us of the constant urge to (self-)question and critically consider models and practices that promise the radical change. It is important, thus, to keep searching for strategies and practices of commoning that are sustainably egalitarian and inclusive. With significant challenges that follow the request for creating alternative structures that resist the commodification and strive for disruption of market mechanisms – “autonomous spaces from which one can re-establish the control over the conditions of reproduction” – struggle for commons has to be led along and for the wider struggle for radical transformation of the entire capitalist system. •

Tags
commons
right to the city
public space
This post is from the categories:
Democracy & Development
Urban Development 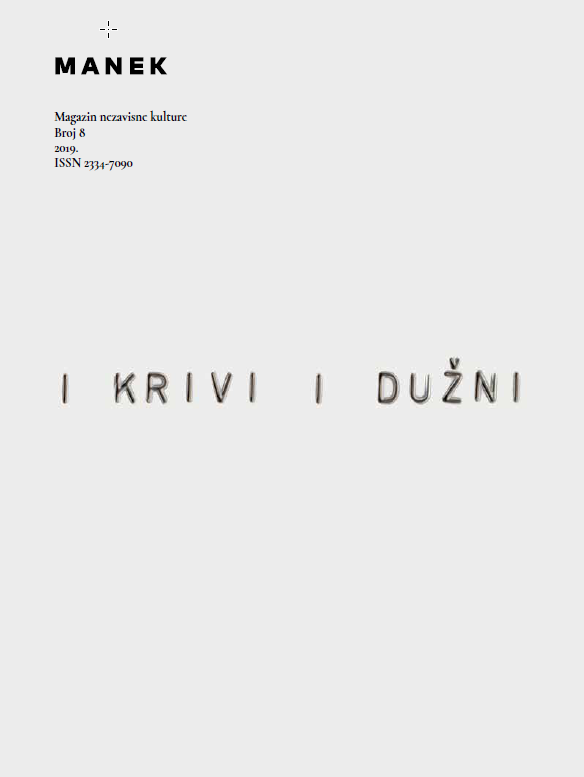