“I want this state to succeed first”

Simon Ilse, head of our office, talks with the future Prime Minister of Kosovo, Albin Kurti, about his future government’s priorities, the dialogue with Serbia, his green agenda, and addresses the issue of ethnicity vs nationality in the Balkans.

We are in the midst of a revolution in the way that knowledge and culture are created, accessed and transformed. Citizens, artists and consumers are no longer powerless and isolated in the face of industries producing and distributing content, and they are increasingly becoming independent from state control and state funding: Now individuals across many different spheres are collaborating, participating and making decisions in a direct and democratic way, which is leading to the development of new models of financing cultural activities and managing common goods. With this program we want to contribute to the dialogue between Serbia, Montenegro and Kosovo amongst each other, and between the Westbalkan region and Germany and the European Union.

Nationalization is not the Solution for a Globalized World

Brazil has fallen, who will be next? Authoritarian populism is rattling the Western World, whose liberalism had hitherto appeared unassailable. Michael Zürn, one of the directors of the Berlin Social Science Center, held a lecture in Belgrade on the reasons behind the success of the new Right. Here is an interview with him for NIN Weekly, published on November 8 2018, by Marko Lovric.

Protestantism, modernization and our time

As part of a series of events marking the 500th anniversary of the Protestant Reformation, Dr Andreas Poltermann held a lecture entitled "Protestantism - or: Modernization of the World", on June 13th 2017 in Belgrade.

The Public and Private Spheres in Times of the Social Media

To what extent should the private sphere limit the public one and vice versa – that was a subject of debate since the beginning of modern civil society in the 18th century, one that came to very much differing answers, historically speaking.

Due to computerization and automatization, knowledge-based capitalism creates societal wealth with less work. Two fundamental questions arise from this: if the society is producing more wealth with less work, how can it then render every individual’s income dependent of the workload delivered by that individual? And further, how the economic problem, namely that, under the given circumstances, exclusion of labor leads to the decrease of the means of payment brought in circulation (salaries) and thus to the decrease of solvent demands.

Education for a Knowledge-Based Society? A Concept Must be Rethought

It is said that knowledge, besides capital, will become an increasingly significant production factor of the modern society. 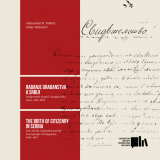 The Birth of Citizenry in Serbia: Anti-Jewish Legislation and the Townspeople of Kragujevac, 1845-1847

The problem of civic, legal and political emancipation of Jews in 19th century European societies is one of the critical processes in modern European history. What was the status of Jews in 19th-century Principality of Serbia, and how does it compare to other countries in the broader European perspective? This brochure attempts to provide a concise answer to this question, emphasizing the singular position and role that the citizens of a town in Serbia played in the process of Jewish emancipation at one point in history.

pdf
All articles and publications 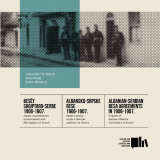 Albanian-Serbian Besa Agreements in 1906-1907: A Model of Serbian-Albanian Coexistence in Kosovo

The richness of the multilayered historical reality, the authentic multicultural context of everyday life and the specific regional peculiarities of Albanian-Serbian relations in Kosovo have been unjustly simplified for decades by being reduced to episodes of intense interethnic violence. Even a casual conversation with people from both ethnic communities in Kamenica, Gnjilane, Šilovo and Ranilug reveals a more complex picture of mutual relations. From the perspective of ordinary people, the memory of coexistence and a common life together, mutual respect and tolerance in socialist Yugoslavia and in the aftermath of the 1999 war in Kosovo prevails over the notions about ethnic distrust and ethnically motivated violence.